At 3:15 pm on the 11th of April 1945, the American Army’s 9th Armored Infantry Battalion stormed through the barbed wire gates of the Buchenwald Concentration Camp in Germany, freeing, at least in body, some 21,000 prisoners. Among them my father Naphtali, age 19 and his 7 years old brother, Israel. Steven Fenves, a young man from Hungary, was liberated there as well. 69 years later his granddaughter Molly would come to work with me at Lab/Shul – a shared legacy uniting us across the generations. 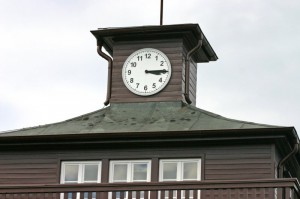 Twenty years ago I interviewed my  father and uncle about the day of liberation, which for our family had become an official celebration, a day of re-birth. ‘How did you hold on? ‘ I asked them. “With no known end date in sight – how did you not lose hope?’

‘Jam’, my uncle responded. ‘Every once in  a while one of the Russian prisoners would take pity on my and give me a bit of jam to lick. I waited for those moments all the time.’ My father pointed at his brother: “I had to make sure the kid survives. Every day was another victory. I survived for him.”

This Sunday, April 26, is Yom Ha’Shoah – Holocaust Remembrance Day, observed in Israel and in many Jewish communities around world. Today’s date – the 27th of Nissan, was chosen by Israeli law makers for its proximity to the launch of the Warsaw Ghetto Uprising, but also to Passover and to the Israeli Days of Remembrance and Independence, just a week ahead. The choice places the memory of those who fought, perished or survived during the Holocaust on a continuum of historical Jewish destruction and renewal.

nd reflect. This memorial day always happens during the Counting of the Omer, this 50 day period on the Jewish calendar that reminds us to make each day count, to count our blessings, and to look forward to the revelation that awaits at the summit  – the end of this intentional journey – each year again.

My father and his relatives and friends did not have a date in mind when they counted each night and were counted each morning, mere numbers on some German chart. They had no tangible release date to hold on to, no end in sight, just like their ancestors, those Hebrew slaves in Egypt for whom liberation came suddenly on the night of the Exodus.

So tonight, the 13th day since we left Egypt,  almost the end of the second week of the Omer, I count with the intention of appreciation for making each night matter, and honoring every second of the privilege of being here – free in so many ways, not to be taken for granted.

I count today, as I light a memorial candle, honoring the memory, and looking ahead to reaching Shavuot again, the summit of Sinai, for the renewal of my vows with all that’s sacred and all that can help me be a better person, more aware, more helpful, a co

-creator of a better world. Is that not, at the of the day, what the Torah is about? Why we got it? What God wants of us?

37 days to go until we stand again at Sinai – looking God eye to eye and renewing our vows to be partners in creation. What will that look like this year? How will we walk this talk?

This year’s counting of the Omer is for me a kick-off for a year full of focus on release from old patterns and an attempt to reboot our system towards a healthier, more sustainable and just world. Next year’s Shmita year is the sacred seventh, offering us a chance to seriously step up our commitment to a world more free of excess, greed, and attachment. Those are not, perhaps, the main ingredients in what makes genocide and war happen – but they are not minor elements either. I pray that with this year’s intentional counting of the Omer and next year’s dedication to a year of more release and intention, we who take these actions seriously can take a collective step together towards a world less cruel and more kind.

On Shavuot 1945, a moving prayer service was held at the former SS mess hall in Buchenwald, led by the recently deceased American Chaplain Rabbi Herschel Schecther. My father and uncle were there – recognizable them in the famous photo, tiny, skinny faces in a sea of survivors who made it from Egypt’s slave camps to the Sinai summit, a bittersweet celebration of continuity and reconnection.

The clock above the gate at Buchenwald stays frozen at 3:15 – the moment of freedom. But for us the mythic clock keeps ticking, another night of counting, another day of memories, another year, another shmita – an  eternal cycle, full of powerful reminders to always remember that we were once enslaved in Egypt and that we must do what we can to not let that happen to anybody again. Our clock’s not frozen in history – it never stands sill –  it may not be: This is the defiance or this disciplined daily count: here and now – AND – looking forward to the future. We pause today to count our dead and count our blessings and continue on our journey to make this world a little better, one honest step at a time.

May the memory be  a blessing.