“Even if we are all wise, all educated, all as knowledgeable as our elders, all of us familiar with the whole story, even then we are obligated to tell the story of how we were liberated from Egypt. And the more you tell – the better.”

An Arabic woman, around the same age as my mother, is standing at the entrance to the Jerusalem Market, holding bunches of green herbs, a basket of white horseradish roots at her feet. “Bitter herbs” she quietly announces to the passersby, intent on their shopping. It is Passover Eve and the market is very busy.
”Bitter herbs”. 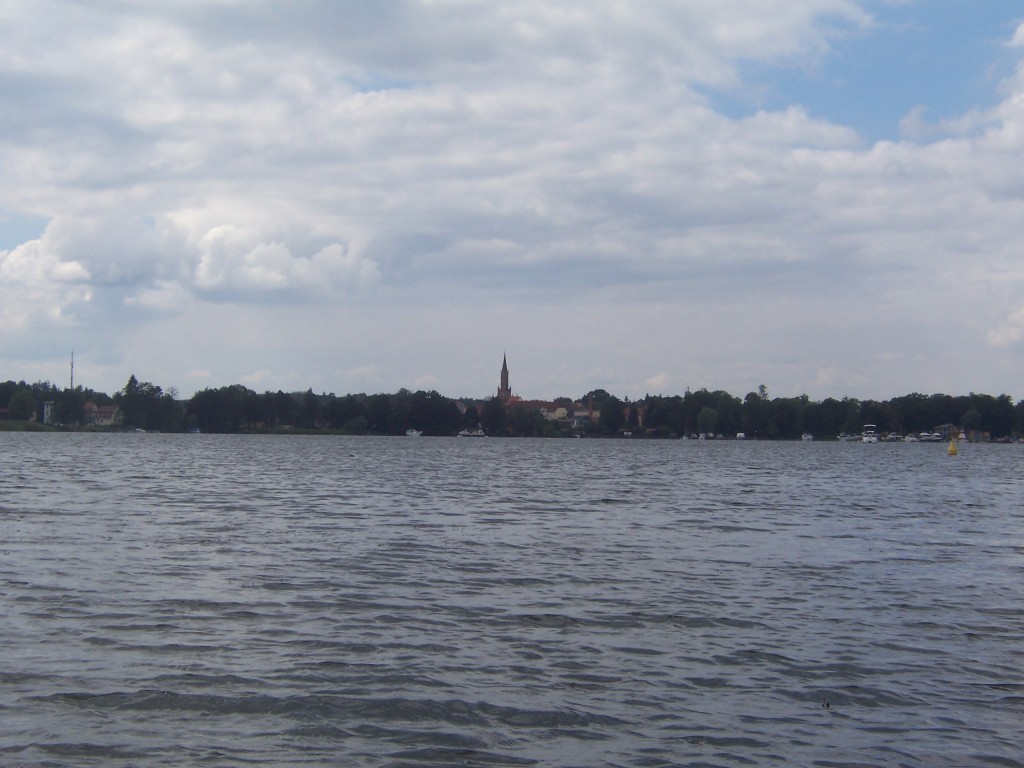 My mother lingers at the cucumber stand and I stop behind her and look at the fish jumping around in the fish stand. One fish jumps onto the sidewalk, onto the filthy cement, its eye piercing the arched plastic roof and through it the very gray sky. A young boy grabs it in one hand, the same way I’d pick a piece of paper off my carpet, holding a cigarette in one hand, and with the other hand tosses it back to the crowded shelf of wriggling fish.

When I was younger we’d go the supermarket on Jerusalem Street, and I’d sit inside the cold metal shopping cart, my feet tucked under the handles and mother’s hands pushing the cart and me towards the food. In the fish department my mother would pause and there we’d watch the metal pool where a man in a soiled apron would fish the fish out of the water and hit them on the head with a big piece of wood and they would stop wriggling. My mother’s hands pushed my away, inside the cart. She pushed me in a baby’s pram and pushed me in a stroller and in a shopping cart. Once on my back, then sitting, and now I walk next to her, her hands point the way, pushing us both forwards through the crowds.

Crowds. “In January 1945, when she got there, they put 1000 people in barracks that were made for 250.” My mother navigates through the traffic lanes heavy with cars and honks. She turns left off King George Street and unto the parking lot nearest to the market. She is telling me about Ravensbruck, the concentration camp where my grandmother, my father’s mother, died. “It is a beautiful resort area in Germany,” she says. Last night my parents came back from There. My father went to gain sight of the site of his mother’s death, and my mother joined him.

Before that she was a corpse, open eyed and open mouthed in a mass of crowded corpses. Before that she was an identifiable corpse next to a woman skeleton who saw and recognized and maybe gently closed the dead eyes, and then removed her to the mass of other bodies. In barracks for 250 they crowded 1000.

“It was so cold, we couldn’t get out quickly enough.” My mother turns off the engine and we head out to the market. We pass by the Arabic woman selling the bitter herbs, by the cucumber stand, by the fish, by the boy. The shopping cart that I’m wheeling behind me is getting heavier. I want to just go away, leave the cart in the middle of the crowded market alleyway, and let mother worry, be angry, get stuck with a cart full of fresh deaths and bitter herbs. But I help her until the cart is full and noisy plastic bags full of fruits bind my arms and finally we walk back to the car.
”I’ve got to go.”   I tell her. “I’m going to the ghetto.” I mean that I’m going to Mea Shearim – the ultra orthodox quarter of the city. She doesn’t reply or maybe doesn’t hear. I cross King George Street, bundled up in a leather jacket. Thinking about my mother, and my father, and my father’s mother. 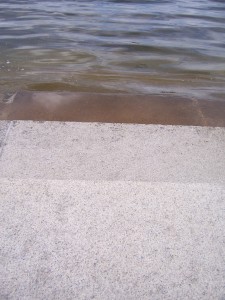 Second, maybe third grade. I am sitting in the big cold assembly hall at school. We’re here because it is the Fast of the Tenth of Tevet, and the principal explains that this is the official memorial day for al those who died in the holocaust and whose date of death is not known, who do not have a gravestone in the field of time. On this day my father always lights a memorial candle for his mother, and only that day I understood why.

I go home and take a framed photograph off of the wall. My grandmother is looking straight at the camera. My father, Tulek, is to her right, and his younger brother, Millek, to her left. She is very beautiful. They are all wearing furs. The window is open in my room and it is cold but I don’t close it. It was colder There and they didn’t even have shoes.

I sit on my bed and look into her eyes. I know she died of hunger, alone. I know that by that time she already knew that her husband was dead. Did she know Millek was dead too? The last time she saw him was on the night of the deportation. He was clutched to her back, under her coat, and Lulek, her youngest son, was clutched to her front. The German soldier called her name off the list and she was allowed to leave the crowded synagogue where they were kept. The children’s names were not called out so she risked it. The German at the door lifted his hands in the air and with one swift blow separated her from Millek. Lulek, whom I once saw demonstrate this moment, raised his hands up in the air clasped tight and coming down heavy. Lulek survived. Millek was left behind. I know he ended up in Treblinka with his father. But what did she know?

I knew that she was born on 1.1. 1900 and died sometimes in the winter of 1945, just a few days before the liberation. One woman who saw told one man who brought my uncle Lulek a piece of paper one day and he brought it to his brother Tulek, my father, who read the note and tore it up and then tore his shirt and Lulek’s shirt too. They were wearing shirts that they took from the S.S. guards’ uniform storage, after the liberation. I read this once in a newspaper interview with my uncle.

On April the 11th 1945 the American army marched into the Buchnwald Death Camp and liberated my nineteen year old father and his eight year old brother, Lulek.

The 11th of April is my father’s Special Day. His oldest grandson just sent in a fax with congratulations. It has become a family holiday, a second birthday, a quiet celebration.

We are sitting around the table in the kitchen, the morning paper spread between us. The date: 11 April 1995. The 13th of Nissan, one day before Passover. Father is sitting across from me and reading the fax. He is still wearing his coat; the suitcases are still by the door, next to the duty free bags with Swiss chocolates and foreign magazines. My mother is sorting the pile of mail.  Germany is four hours and fifty years behind them.

The framed photograph of my grandmother hangs over my father’s bed, in a simple wooden frame. Her eyes are the eyes of my father, and so are the angles of the mouth, and so are my eyes and so is my mouth.

I remember hugging the photograph tightly and crying, loudly. My sister (who was named after my grandmother) yelled at me to stop the nonsense. I yelled back that it’s not nonsense. She is the oldest, I the youngest. 12 years separate her birth and mine, her name remembering my father’s mother, and my name remembering them all.

Small fires burn in the street corners of the Jerusalem ghetto. The bread is burnt away and excited children clasp their father’s coats as the ritual prayers are quickly chanted over the flames. The people are hurrying among the shops for last minute things, and I walk among them, huddled in my leather jacket, a stranger. Soon it will be evening.

Soon it will be evening and the moon will be full. We will sit around the Seder table, and raise our silver goblets, the ones on which our names are engraved, and we will drink the wine. My mother is now making the sweet Haroset mix in which we will drown the bitter herbs. We will eat bitter, ground herbs bought this morning at the market. We will eat it and weep and then we will eat it and laugh. 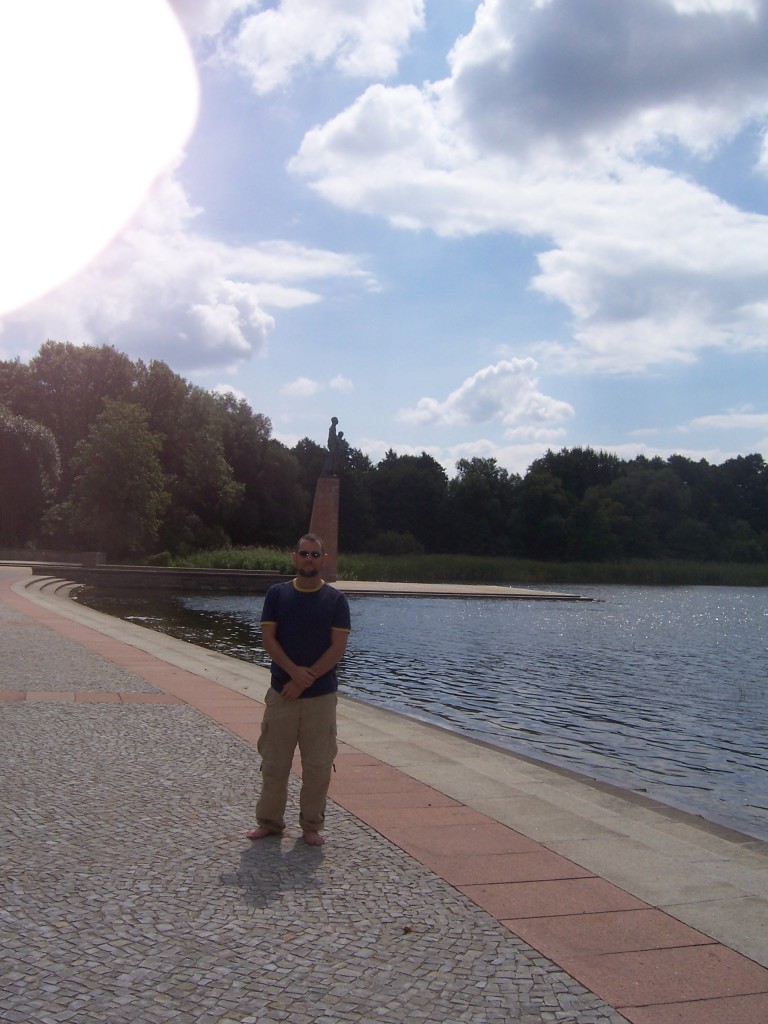 Soon it will be evening and the moon will be full. I am buying white skullcaps for myself and for my brothers and their sons. White new prayer shawls for my father and for myself. Flowers for my mother.

Related Articles
Proud to be (also) Reform. Notes from a Kindergarten Graduation in Jerusalem.
What the Pope can Teach Israel’s New President. Perhaps.
Why Synagogue? Thinking Out-loud about the Shifting Realities of Sacred Space