amichaiFebruary 24, 2015general, JTS articles, writingsComments are off for this post

This past weekend marked the new moon of the Hebrew month of Adar, and in Israel this past Friday was also celebrated as ‘Family Day’ the newest reiteration of ‘Mother’s Day’ – renamed in the 1990’s to be more inclusive to all parents and care-givers. Even when this day was invented in Israel in 1951 it was already a creative gesture – chosen to be honoring mothers on the day on which a childless ‘mother of the nation‘ passed away at the age of 83:Henrietta Szold.

I had known of Szold my whole life – the founder of the Hadassah Medical Network and the largest Jewish women’s organization in the world, among other amazing achievements, but I did not know that she was a religious innovator as well, blazing the trail for Jewish feminists and serving as a role model for many generations of women scholars, activists and leaders.

In 1916 Szold’s beloved mother died and how Henrietta went about saying the Mourners’ Kaddish in her mother’s honor would eventually change the way Jewish communities worldwide include women in the rite formerly reserved for men only. Almost 100 years after Szold’s famous letter and call for women right to recite the prayer publicly, another Jewish leader dealing with tragedy,Rachelle Fraenkel, rose up in front of millions of TV viewers and recited the Kaddish for her slain son – invoking grief, shock – and respect in the Orthodox world and beyond.

I just wrote an academic  paper for JTS about Szold, Fraenkel and the century old evolution of women’s fight for the right to recite the Mourner’s Kaddish. It’s still a draft – comments and feedback are appreciated and can be sent to amichai@storahtelling.org. I dedicate it to the memory of Henrietta Szold, mother of innovation, on whose shoulders we all stand. 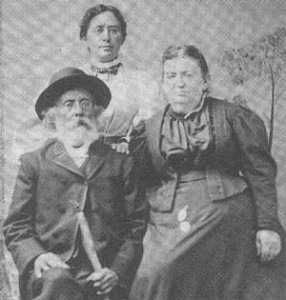