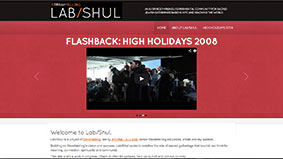 An everybody friendly, pop-up, experimental community for sacred Jewish gatherings , based in NYC, reaching the world. Launching in July 2013,  LAB/SHUL is Storahtelling’s newest project – a radically new congregational model, rooted in Jewish spiritual practice, informed by current social realities, committed to trying out new ways of connecting people, celebrating the sacred, and making the world into a better place, for all.

Reboot is a growing network of thought-leaders and tastemakers who work toward a common goal: to “reboot” the Jewish culture, rituals, and traditions we’ve inherited and make them vital and resonant in our own lives. 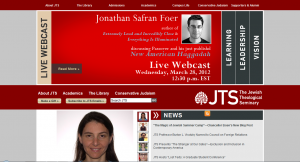 In September 2011 I started Rabbinical School at the Jewish Theological Seminary of America. Read my essays and blog entries here.

What if the Passover Seder was reinvented to include highlights from the traditional Hagadah and encourage real conversation about what matters most to our daily lives?
Sayder.com, conceived by Amichai Lau-Lavie, is the co-creation of a bunch of young Jews making old traditions new and relevant to out time. 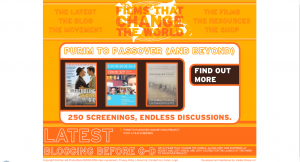 Proud to be working with Sandi Dubowski on his new film, “The Amichai Project”. More details soon.