On Thursday morning they planted trees, painted handicap parking spots and installed the address signs. The brand new kindergarten complex, built on what was an empty lot for many years – is ready for business: Complete with a carefully marked bomb shelter.

Behold: a new daycare center for Jewish kids, built by Arab men, under the sizzling sun and the occasional sirens of Jerusalem, the city that has seen more of these ironies over the centuries than can be counted.

Seven months ago, when our family moved into a rented house in the Baka neighborhood this was still an empty lot, right in front of the house, very convenient for parking.

Two weeks later the construction began, and with amazing speed, shocking by Israeli standards, is complete just in time for the new school year.

And just in time for my departure back to NYC, made so much harder this time with the war going on.  I took one last walk around the block last night and noted the final touches: so much hope in the gadgetry of education to do good, to make life better. I remembered the talk I had here with one of the constructions workers, Marwaan, last week – more about that later – packing in my heart the prayer we both shared – the prayer of the parents.

Somehow the new kindergarten stands out for me as a perfect symbol of this moment – for all that’s right and all that’s wrong and all that one can still believe in and hope for.

(I’m sitting on the plane writing this , somewhere over the ocean, not getting ‘red paint’ alerts on my phone for falling missiles, looking up with each screeching sires in the distance, nor able to check constant news updates, both relieved and anxious by this eerie respite – making this a time to reflect on these past months back home in Israel and esp. this mad month of escalation.

To my right an Ultra Orthodox young woman from Brooklyn, reciting psalms non-stop. Across the aisle an elderly French gentleman really into the Lego Movie.

The kindergarten was built by a crew of about 8 construction workers, Arabic men and young men – some still mid-teen boys, mostly from East Jerusalem, supervised by a Jewish contractor.

I’d walk by them every day, several times a day, sometimes taking the kids to their own school and kindergartens in the morning, bringing them back in the afternoon, whizzing by with groceries, busy on phone calls, nodding greeting with my head, sometimes stopping to greet in Arabic or Hebrew. Occasionally there’s be a short conversation, small talk, just a few words.

I don’t often talk to construction workers in NYC. It’s a class thing – and, besides, I’m not the super outgoing type. Here in Jerusalem, the same weird invisible rules apply – only more so. I’m the Israeli, Jew, Occupier, Boss. We could usually get past it with a sincere smile and words of respect, but the past month, as temperatures were rising, along with Ramadan and the winds of war blowing into a full on storm – the smiles grew smaller until we all just looked away.

I had one real conversation last week, with Marwaan, a man around my age, who lives in Silwan, has 5 children, got a engineering degree and has worked in construction for the past 9 years to support his family. He was standing under the shade of the pomegranate tree in the alley leading to our home behind the future parking lot of the kindergarten, half way through the morning, reading something on his phone, shaking his head, looking worried. I stopped near him.

I apologized for my lousy Arabic. We both laugh. He speaks good Hebrew.

He tells me of another bombing where an entire family is wiped out, and adds that also two Israeli soldiers died this morning.

Where do you get your news from? I ask him, we compare sources.

You have family in Gaza? I ask him – friends?

I wish him easy fast, Eid Mubarak, and better news. He hopes my kids not forget Jerusalem when we go back to NY – he’d seen them walk by every day. We shake hands. It’s a tiny tiny gesture of two tired people but enough to make us smile a bit bigger. for a bit. We share a prayer together, the prayer of fathers, for our children to see better days. This may just need another generation to be solved. Or can it be built as fast as a kindergarten when the will is strong for change??

Marwaan and his colleagues built every brick of this kindergarten and the kids will never know. I’ve watched him and some of the other men pray in the yard in the afternoon, putting down a prayer rug on the sand,which later became concrete slabs, then a patch grass where the swings were placed –  bowing down to Mecca, to Allah.

Marwaan and I, two fathers, with hopes and dreams and little smiles, asymmetrical in our destinies but in this together, somehow. I am aware, with gratitude and some level of unease that at this moment in history I belong to the lucky ones. But at what price and for how long? What reality will my kids know and shape years from now. What will his?

This past round of living in Jerusalem gave me the parenting perspective. Learning the route of morning drop off – where the speed bumps are and what time is best to avoid traffic, who to say hello to every morning on the corner of the street, where’s the best ice cream and playground, and when its safe to leave the car and dash in to drop or pick up kids and not get a traffic ticket.

I learned how to talk to my kids about sirens, and bomb shelters and about death and about war.

What will they remember days and months and years from now?

What will the kids in this new kindergarten know about what happened here as their playground came together to nourish their wildest dreams?

What will their parents teach them? What will Marwaan and his friends tell their children about me, my kids, this place they built here, what is yet to come? Will there by pity, compassion, rage, patience, hope – for them, for us?

Yehuda Amichai, who lived just nearby, wrote this poem that is now buzzing in my head:

God has pity on kindergarten children,

But adults he pities not at all.

And sometimes they have to crawl on all fours

In the scorching sand

To reach the dressing station,

He will have pity on those who love truly

And take care of them

Like a tree over the sleeper on the public bench.

Perhaps even we will spend on them

Our last pennies of kindness

So that their own happiness will protect us

Now and on other days.

On this day and on this night – there’s a new tiny smile –  a crescent moon in the sky.

Today is the first day of the tenth month on the Jewish calendar – the month of Av.  The nine days of sorrow begin today, leading to the remembrance of the destruction of Jerusalem, the burning of the temple, the death of so many over so many years,leading to the fast and to what comes after – hope.

Today is  Eid -ul -Fitr  – the festive last day of Ramadan, the first day of  Shawwal, the tenth month on the Muslim Calendar. It is a day of unity and prayer. The hope that comes after the fast.

We are so similar in so many ways.

In Hebrew  Av means Father. Shawaal, I’m told, alluded to the way she camels carry their young – the act of carrying and caring.

We are so similar in so many ways.

So today I want to invite us to think and to feel like fathers and like mothers again, to have pity on our selves and on all children. To do more to stop the cycle of hate.

I will stand in New York today, supporting my homeland’s right to resist death, protesting racism and hate, mourning with my neighbors the terrible cost of innocent lives, calling for the fire to cease, for the peace to be seized, and for the gardens of the children to be built with and for lasting kindness and courage and love. 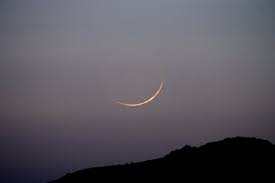